In the previous video, we heard that citizens and people behind water-using equipment complement each other in their role in achieving more sustainable water end-use. While citizens can change their behaviour, there is also a major role to play for the manufacturers of equipment to produce and install efficient equipment. The following video adds a new possibility: changing practices.

In the next video, Dr. Lenneke Kuijer will introduce you to her work on the SPLASH concept and explain how practice-oriented design can be used to realise large-scale change. Lenneke will show you that there is a key role to be played by product designers and developers together with the end-users, to realise less resource-intensive ways of living. For the SPLASH concept, this means that average water consumption for bathing potentially reduces from 62 litres per shower to 12 litres per splash. 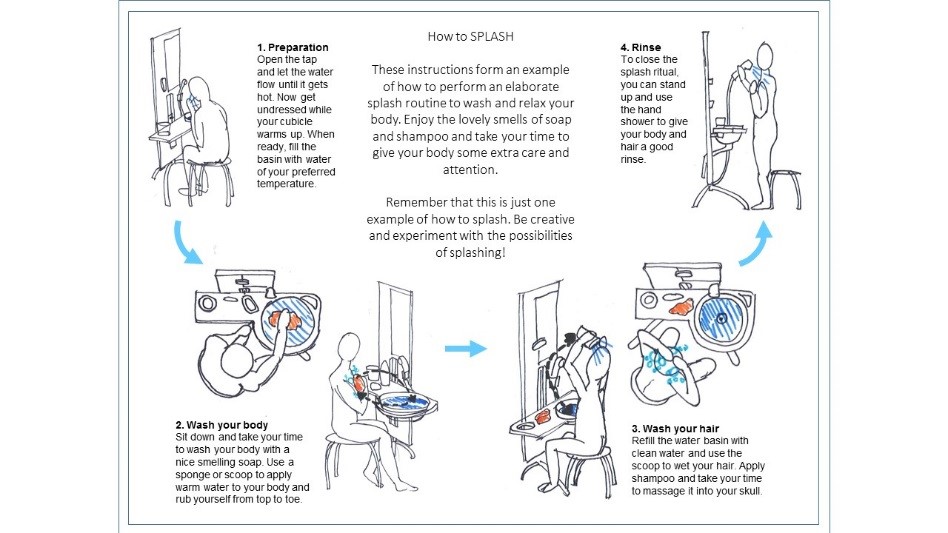 Kuijer, L., A. De Jong and D. Van Eijk (2013). “Practices as a Unit of Design: An Exploration of Theoretical Guidelines in a Study on Bathing.” Transactions on Computer-Human Interaction 20(4): 22.

Citizens Co-creating Sustainable Cities by TU Delft OpenCourseWare is licensed under a Creative Commons Attribution-NonCommercial-ShareAlike 4.0 International License.
Based on a work at https://online-learning.tudelft.nl/courses/citizens-co-creating-sustainable-cities/.