This week, we get moving, by introducing different train types and tracks and have a close look at the small contact areas where both come together: wheel/rail interface and pantograph/catenary interaction.

While waiting on a station’s platform, you might see different types of trains passing by: regular passenger trains, freight trains with sometimes strange looking wagons, high speed trains and, when connected to a light rail network, tram, metro or even mono-rail.

Where some train-types can share the same track, there are different ways to set-up this infrastructure to meet specific demands. Parts of this week’s content might already seem familiar, but we will take these first few hours to ease into the topic, which builds up over the coming weeks.

You are probably familiar with a specific railway network. At least, we are pretty sure that you are familiar with trains and track. Nevertheless, we think that it’s advantageous to align our understanding of the railways. Therefore we start this module with an overview of the main parts of railway networks.

The Tangible Parts that make a Railway Network

Here are a few real-life examples of railway network features that were mentioned in the video. 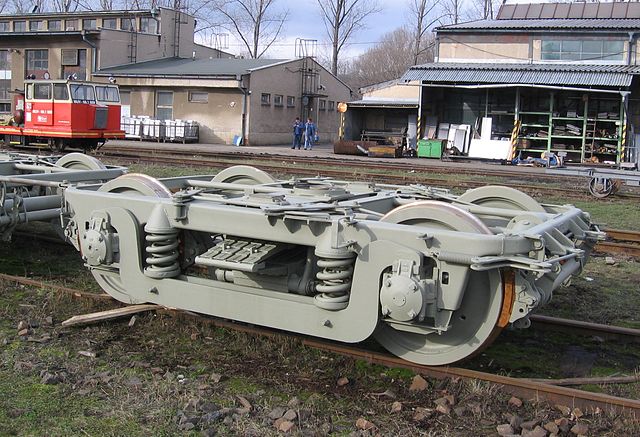 A train bogie (image by PetrS.)

This is the part of the railway vehicle that provides steering and absorbs the shocks originated in the wheel-rail interface. It consists of wheel sets connected to the bogie frame via vertical, lateral and longitudinal suspensions. Usually, one bogie has two wheel sets and a railway vehicle has 2 bogies. 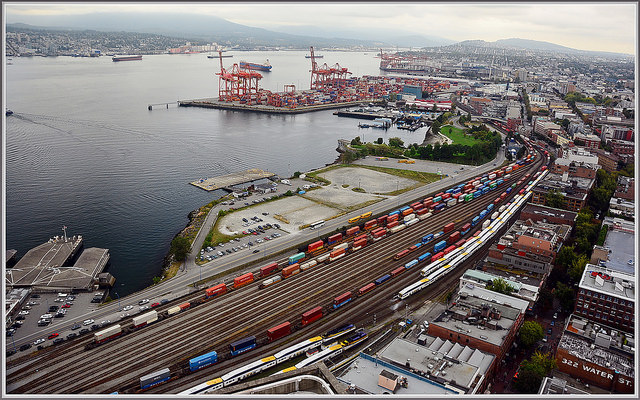 A trainyard in Vancouver, BC (image by gwav)

A trainyard is a place dedicated to maintaining, storing, sorting or loading/unloading of trains, metros or trams. Train yards consist of a series of parallel tracks, wherein rolling stock can be stored off the mainline, without obstructing the flow of traffic. Railway vehicles are moved around the rail yard using a special type of locomotive, called a yard switcher, or in some cases by the ‘smart’ use of gravity controlled systems (see the video below). Vehicles in a train yard can be sorted by numerous categories, such as by railroad company, loaded or unloaded, destination, car type, or whether they need repairs. Train yards are usually built where there is a need to store cars, while they are not being loaded or unloaded, or are waiting to be assembled into trains, like in harbours (as seen in the picture). 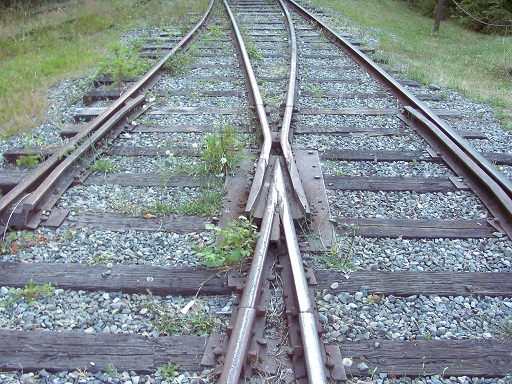 A railroad turnout (image by Hunda)

Turnouts (also called switches, points, or S&C – switches and crossings) are the components of a railway network that guide trains from one track to another. A turnout is comprised of switch and crossing panels, connected by a closure panel. A switch panel is the section of a turnout used to alter the direction of motion of passing trains. This panel consists of two switch rails, two stock rails, and switching machines (or point machines).

In the crossing panel, the two tracks intersect at one level, in which the running rails disconnect at the intersection point to enable the wheel of the train to pass the two crossed rails. This intersecting portion is the so-called nose rail, or crossing nose. Trains approaching from the narrow end of the nose rail (the nose point) towards the running rail performing facing movements; trailing movements follow the opposite path. 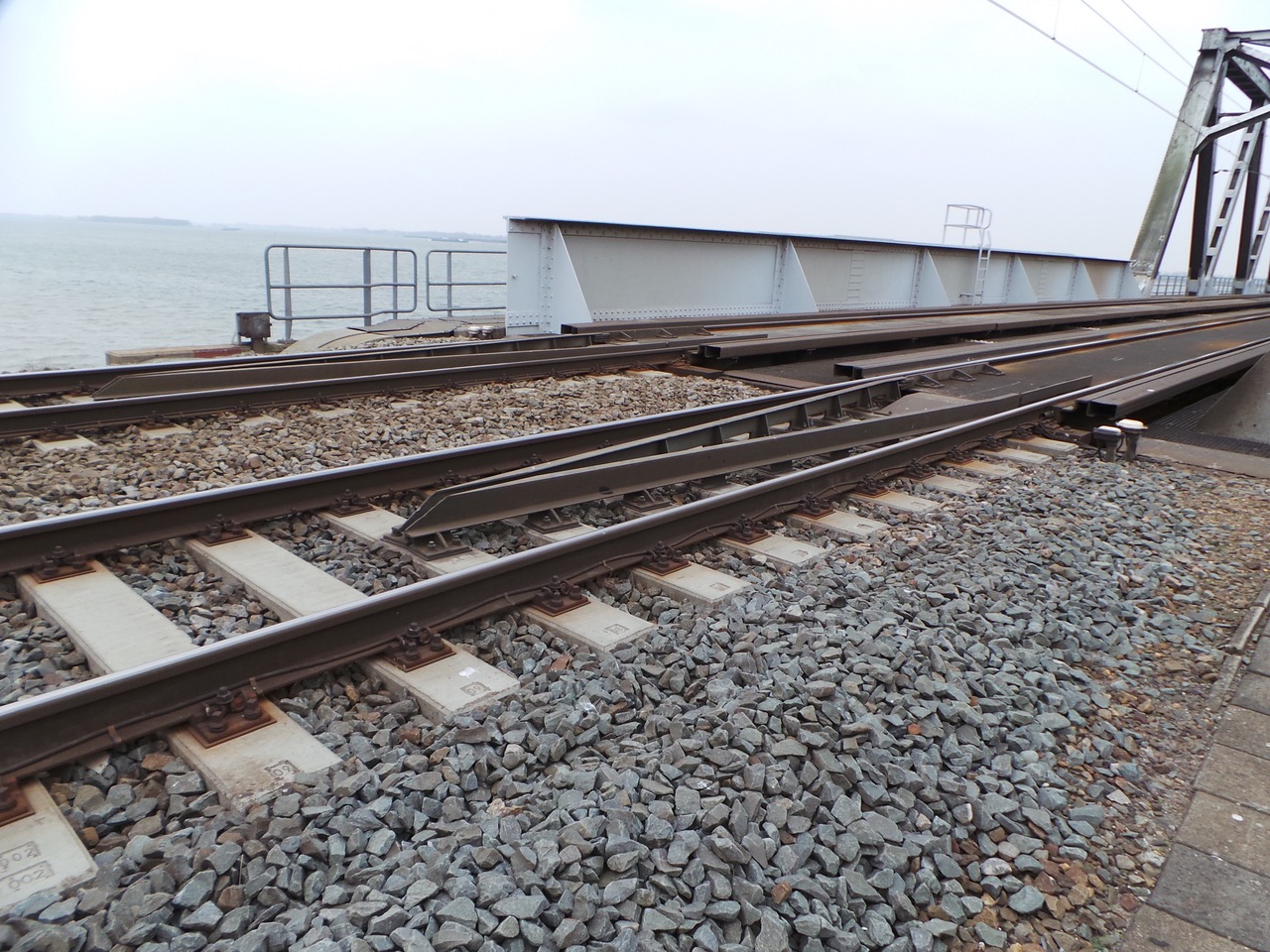 Guard rails are used in railways to guide wheels through possible catch points or points of possible derailment, like on turnouts or on very sharp curves. On bridges, the guard rails are installed to prevent damage to the bridge in case of a derailment. The wheels will be guided in such a way that the train will stay on the bridge.