In the following section, we expand on the different railway tracks that exist around the world. Given the existence of so many differences in tracks, we first introduce you into some basic track types.

Almost all existing railways are of the ballasted track type. In this case, rails are placed on a layer of granular material known as ballast. In the image below, you see a cross-section of a ballasted track.

In case of slab track, the ballast material is replaced by a concrete slab that serves as a support for the track.

Magnetic Levitated (MagLev) trains are based on a completely different principle. As the train is carried by magnets, instead of wheels, the track acts merely as a guideway, hosting the magnets required for train levitation. In module 6, we will discuss MagLev trains more in depth. 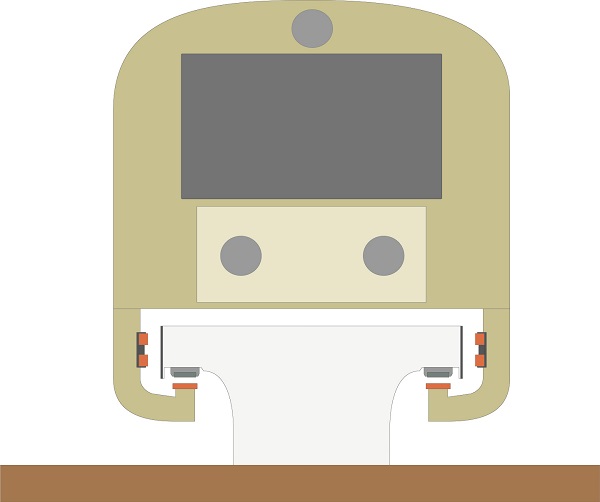 These tracks are embedded in the road and are being used by trams and lightrail. The unique feature about this kind of track is that it shares the road with other types of traffic, like cars and buses.

The design of the track structure determines the weight of a train that is allowed on that track. Track loading is expressed in axle loads. Axle load is the total weight of a train divided by the number of axles of that train. For convenience, axle loads are measured in metric tons. Most tracks allow a maximum axle load of 22.5t.  However, on US freight tracks, sometimes even 35t axle load is permitted.

Tonnage is another measure of track loading. Basically, daily tonnage is the summed weight of all trains that pass a certain track on a day. So tonnage measures the intensity of railway traffic.

The rails of a railway track are spaced on a certain distance. Railway vehicles can only drive on tracks with a corresponding width. This width is know as the track gauge. For historical reasons, many different track gauges exist. See the figure below for all different gauges. As shown in this figure, the track gauge is measured between the inner sides of the rails, and exactly 14mm below the top of the rail. 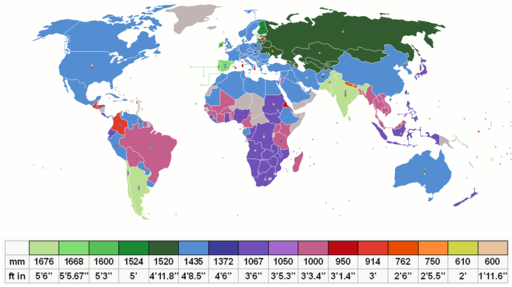 The highest commercial speed limit for maglev trains it is set around 430km/h and for normal trains, it is currently set at 320km/h. The world speed record is almost twice as high. On 21 April 2015, the Japanese magnetically-levitated Shinkansen L0 train reached a speed of 603 km/h during trials. The speed record for trains on conventional track is set by a French TGV train at 574.8km/h.

It’s self-evident for railways that the train and the track have to fit together. We already touched on this topic by discussing the track gauge, where the distance between both rails has to match the distance between the wheels. In practice, many more installations reside besides the tracks, for instance platforms on stations, signals aside the track or tunnels. In contrary to the wheel and the rails, the train should not touch these devices. Therefore clearances are designed. 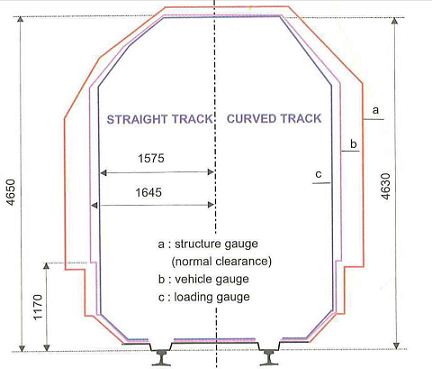 When using concrete sleepers rail pads are used underneath the rails. These small 10x10cm rubber tiles are rather important, since they protect the underlying sleeper creating a smooth transition between steel and concrete and processing the immense forces tween track and train. Without rail pads all concrete sleepers would break when just a single train passes. Below you can see several pads found when maintaining tracks and in some cases they have almost vanished, showing the pressure on the rail and the essential role they have. 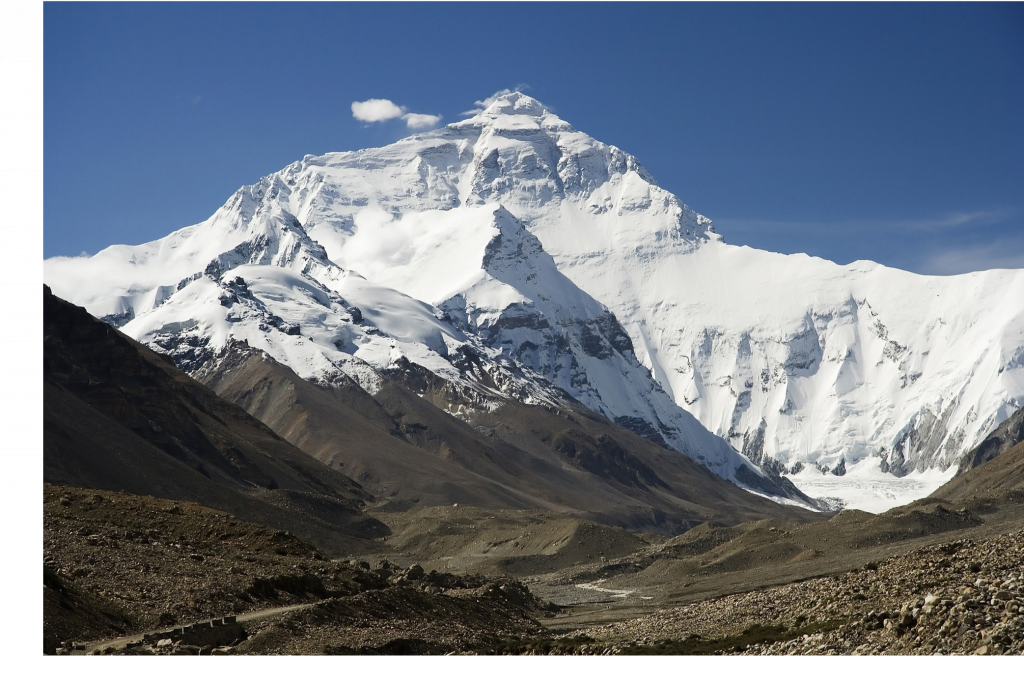 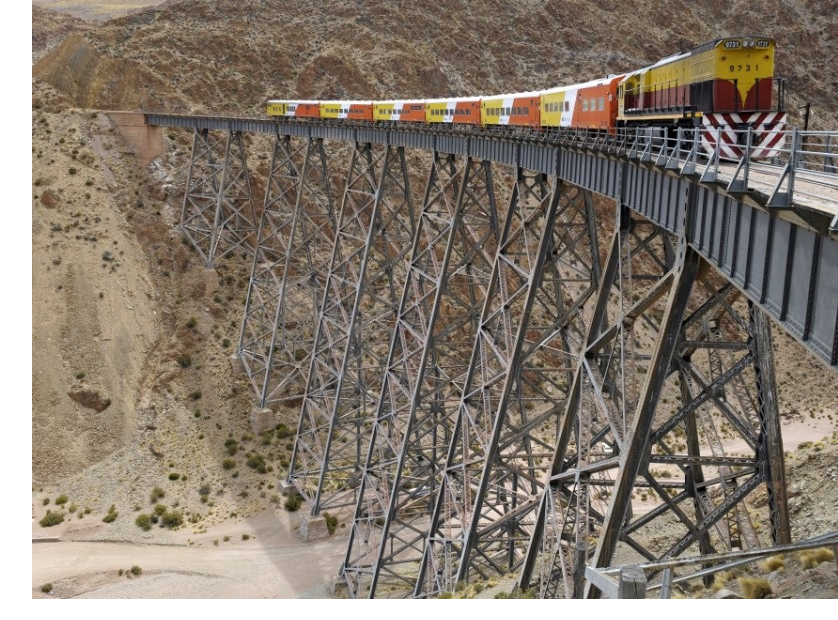 Literally translated it says, train to the clouds, and its name is somewhat logical since it will reach an elevation of 4220 meters above sea level, which is the height at which the Polvorilla viaduct is located. This train track also contains two zigzags to climb up the slope of the mountain by driving back and forth. In addition this train track contains 29 bridges, 21 tunnels, thirteen viaducts and two spirals. The start point of this train is at Salta station, the whole track takes 15 hours to drive and is 434 kilometer long.
Image by Nicolás Mendoza

Spanning from Moscow to Vladivostok the Trans-Siberian Railway (TSR) is one of the largest railway networks. It was built between 1891 and 1916 and has a length of about 9290 kilometers. It covers eight time zones and is the longest railway line in the world. 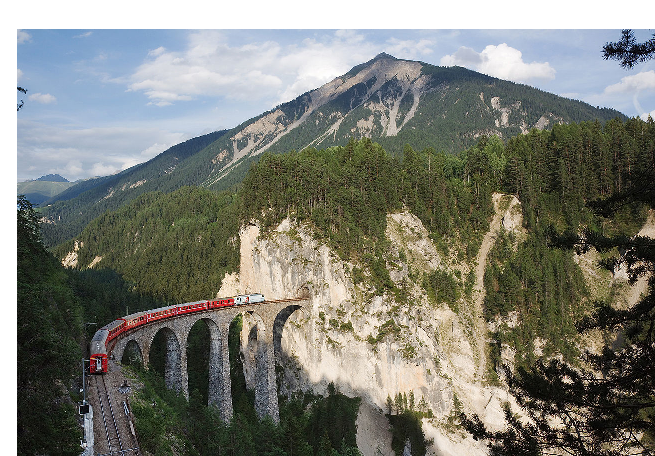 Switzerland has large areas of land that are mountainous. When building railways through this, the railway engineers had to be extremely innovative, imaginative and courageous to build a complex and efficient mountain railway system. One of the most impressive feats was the building of the Landwasser Viaduct which carries a mountain railway track. When approaching the viaduct the train travels through the Landwasser tunnel. The engineers had to build the viaduct starting at the end of the tunnel. The construction of the viaduct is impressive for two reasons, all materials had to be transported to this remote site before construction could begin and the height of the arches meant that traditional building techniques could not be used and completely new techniques had to be developed.
Image by Ikiwaner 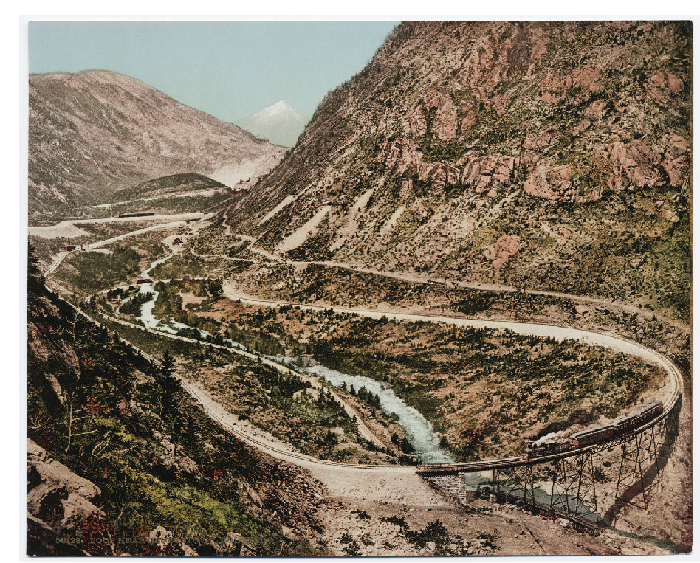 The Georgetown Loop Railroad was one of Colorado’s first visitor attractions. Completed in 1884, this spectacular stretch of three-foot narrow gauge railroad was considered an engineering marvel for its time. It includes three hairpin turns, four bridges and a 30-degree horseshoe curve from Georgetown to Silver Plume. The Colorado & Southern Railway operated the line for passengers and freight from 1899 to 1938, when it was abandoned.

In 1973, the Colorado Historical Society began restoring the railroad as part of its 978-acre Georgetown Loop Historic Mining & Railroad Park. A replica of the High Bridge was completed in 1984, in time to celebrate the 100th anniversary of its original construction. 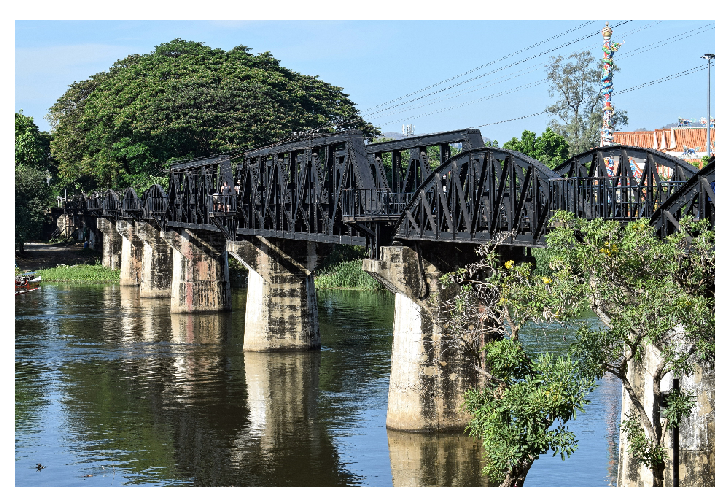 The Death Railway (also known as the Burma Railway, Burma-Siam Railway, Thailand-Burma Railway and similar names), was a 415 kilometres long railway built by the Empire of Japan in 1943, to support its forces in the Burma campaign of World War II. The line was closed in 1947, but the section between Nong Pla Duk and Nam Tok was reopened ten years later. The name of the railway comes from the deaths that happened during the construction. The estimated total number of civilian labourers and prisoners of war who died during construction varies considerably, but the Australian Government figures suggest that of the 330,000 people that worked on the line about 106,000 people died.
Image by PumpkinSky