People and the Railway Network

Railways connect us on a local, national and international scale and while they, like airplanes, may cover a large part of your journey, they rarely take you to your final destination directly. This week, we will take a closer look at the different forms of transport connecting the railway network to the transport that takes you from door-to-door.

We will discuss the design and structure of railway stations, the people-flow within and around them, and the value of a large station to the city on a social, demographical, economical and architectural level. We will also look at international examples of how railways influence the urban scale and, sometimes, even can form barriers dividing a city. Trains can also cause a nuisance for the surrounding areas through noise and vibrations. This and other aspects will be explained, to help you to get a better sense of the positive and negative effects of train-travel. Limitations can be set by the urban structures, nature, but also by people through regulations, which can be very different per country.

To examine all this differences in scale, station design and use of rail transport, we will use a series of international examples shown on the map below. 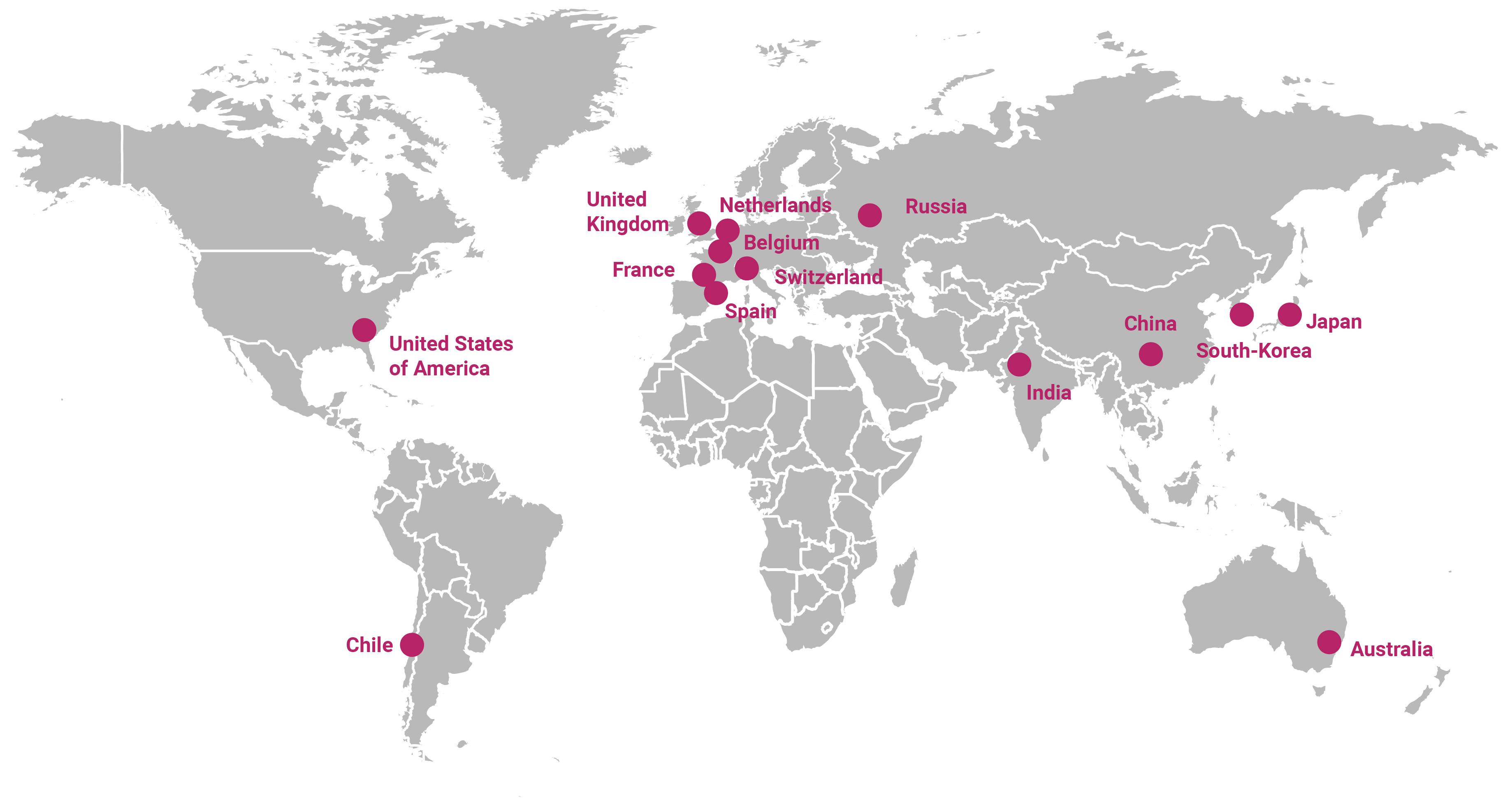 Travelling by train is more than a train ride: in fact, it is an experience that starts and ends outside the borders of the station and rail network. The video below shows the customer’s journey from door-to-door.

There are many different ways to enter or leave the railway station. You can call a cab, use your own car or transfer to/from another transportation network.

Transport companies can anticipate on the customer’s journey as well. A good example of a 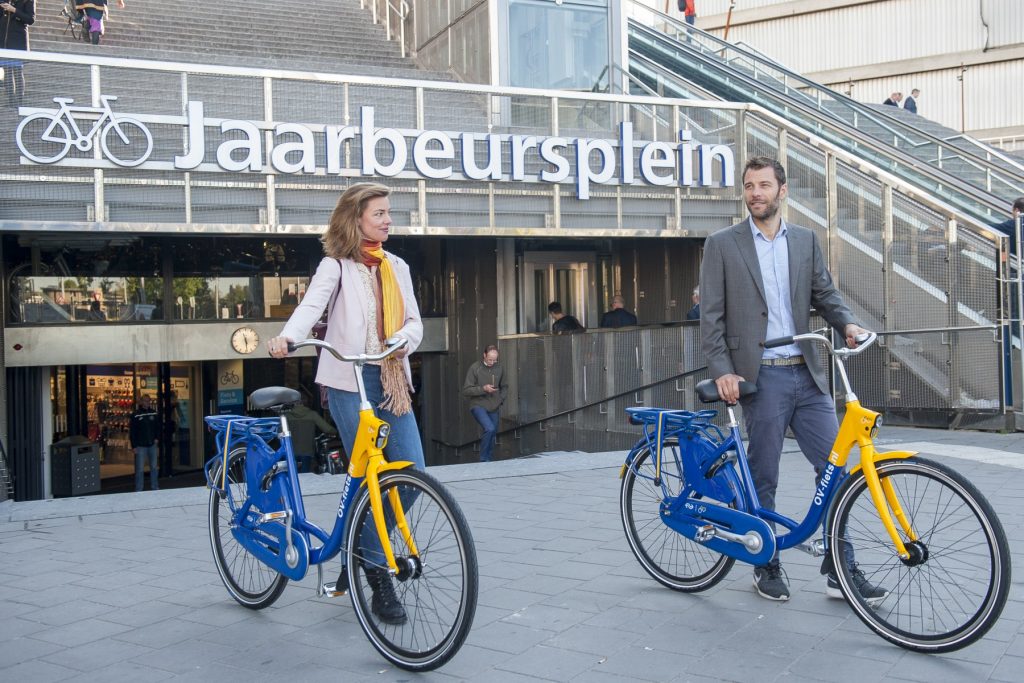 service offered by a railway company is the OV-bike in the Netherlands. You can rent a bike for a small amount of money at many train stations and some metro stops, bus stops and park+ride (P+R) sites. The bicycles are always available, which allows the traveller to continue his/her journey. These bikes are available for every passenger that holds a season-ticket for public transportation.

The OV-Bike (image by NS)

In many countries, passengers are central to railway systems, because they are the consumers, whose needs and expectations need to be fulfilled. Thus, it is important to first know who these travellers are and what their wishes and demands are, before developing a railway network. 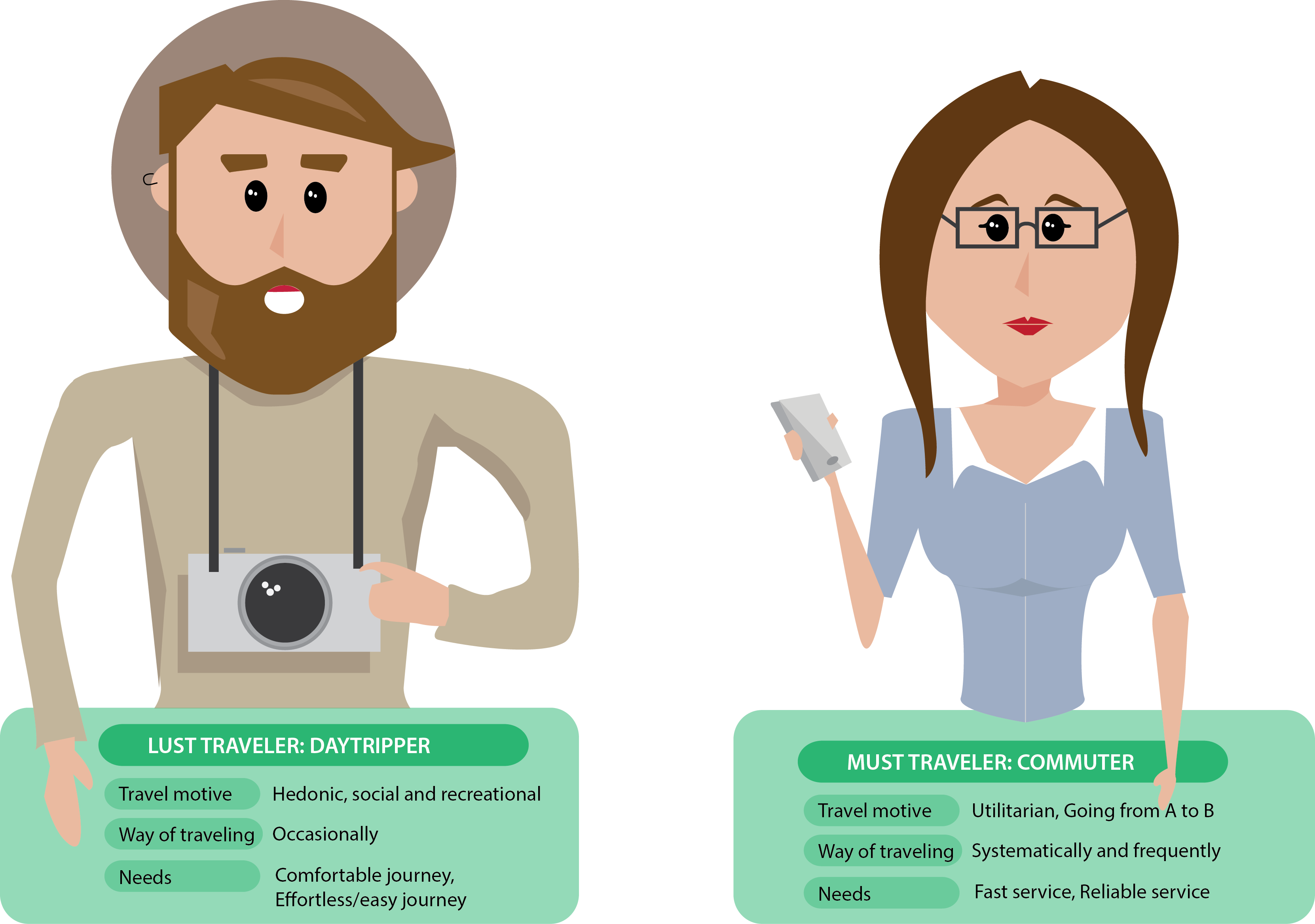 Both types of traveller meet a common obstacle in the station though: transferring to another network. The railway station has two identities:

The pyramid model (below) shows the requirements that need to be met at stations to satisfy the travellers.

If the standard of one of the levels is not high enough for the passenger, the whole experience in the station will be affected.Safety and reliability are the baseline, which needs to be up to a certain standard (depending on the country), otherwise the travellers will avoid the station entirely. However, the importance of the other requirements differs. 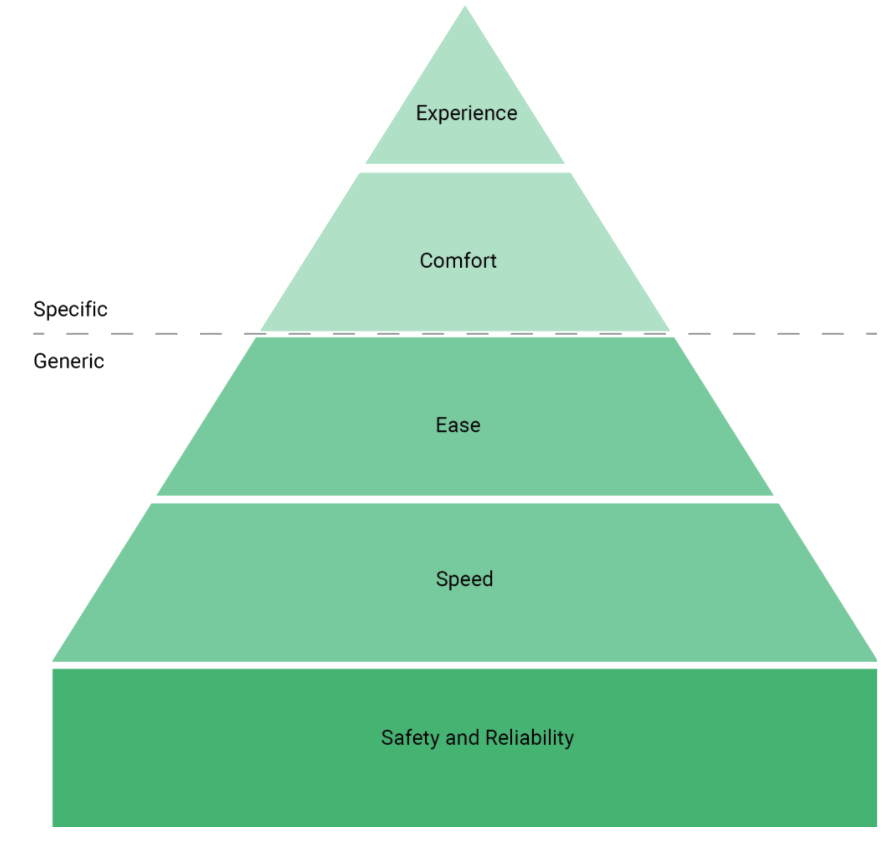 Speed and ease of travelling through a station are generic requirements, but are potentially even more important for commuters than leisure travellers. If those factors are not met, a negative impression is generated.

If passengers have to spend time at a station, for instance between trains, then comfort and experience, which refers to sheltered waiting areas and the availability of facilities, such as shops, are possibly more important.

Above, we spoke about how safety and reliability need to be up to a certain standard, depending on the country. Below, you are welcome to submit some of your country’s requirements. This can include special requirements to aid those with disabilities. This is not a graded discussion.

There are multiple ways to improve the door-to-door experience. Especially over the past decades, rail transport has become more and more about comfort, both in the train and the station. With more technology in our daily life, people also expect public transport to be better facilitated.

A comfortable journey can be based on many different factors, but essential factors relate to waiting, finding your way, and comfort during the ride, by means of sufficient and decent seating and a steady train ride.

In week 1, we looked at the swinging motion (hunting). This is created by the cone-shaped wheels, which enable a train to make a turn, but also have an effect on the comfort of passengers. You might have experienced this ‘swinging motion’ when travelling on a train, even on perfectly straight parts of the track.

In modern bogies, wheel sets are mounted with suspension. This suspension dampens the ‘hunting’ behaviour of the train, thus avoiding an unpleasant journey. It also makes it possible to run very fast without passengers experiencing the swinging motion at all, as can be seen in the video above.

Train travel – What happened to the ‘Clickety-Clack’?

In the early days of railway transport, the track was placed and simply bolted together tightly from point A to point B. For short distances this worked fine, but with longer distances a problem occurred: when the temperature rose, the track would suddenly form an S curve, where it was straight before. This phenomenon is called ‘buckling’.

The track buckles because a rise in temperature causes the tracks’ steel to expand. Small expansions are not a problem, but when these become larger, the ballast and sleepers cannot hold the track in place anymore.

From left to right: Buckled Rail (by Nigel Black), Expansion Joint (by Ben Coulson) and Old Railway Joint via Plates (by Curly42).

To counter this buckling, new tracks were installed with small gaps between each piece of steel. This gap allowed the steel to expand when necessary. This caused the typical ‘Clickety-Clack’ sound of a train, as the wheels went over and hammered on the next piece of track after the gap.

But in modern and high speed railways, this sound is not always around. This is because the ballast and tightening of the track has much improved. They are now able to hold the track in place longer, when it expands. Some tracks also have new joints in between the pieces of steel, allowing for small movements without the gap. These Continuous Welded Rails make sure the journey is safe and comfortable, without the typical sound of earlier days.

Trains travelling over long (international) distances have been rather luxurious from the very beginning, whereas trains for daily use were designed to just move people, regardless of comfort. Metro trains are a good example of this, since most people travel in them for less than 15 minutes. However, in commuter trains, facilities have increased rapidly over the past years to include more comfortable seating, wifi, power outlets, room for laptops and onboard catering.

In addition, travel information is much more detailed and is brought to customers in real-time. With the ubiquity of mobile devices with the internet nowadays, apps play an important role in this. Especially when your route changes or when you miss your regular connections, phones bring the next best solution in seconds. New interstate trains within the Netherlands even are equipped with GPS-signals, so travellers know exactly where each train is. Waiting becomes much less frustrating when you know what the problem is and how long it will take before the next train arrives.

Image of Dutch travel app: from left to right: disruptions, available bicycles at station, gps and speed of an individual train, chosen journey including recommended transfers and the start-up screen with a direct shortcut to home, work and other set destinations.

Another prominent way to increase comfort is to add value to the railway station itself, which we will look at in more detail within the next section. To introduce this topic we can already define three different levels in which the station and the surrounding area can enhance the travellers experience.