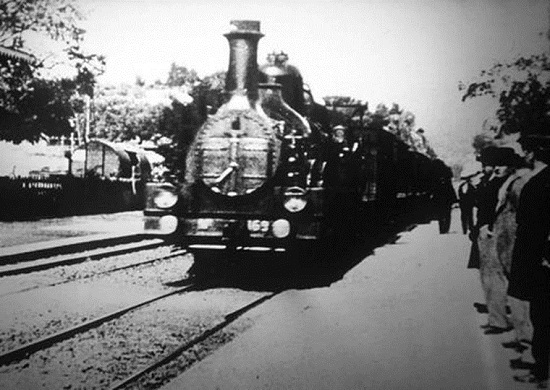 One of the earliest films, L’arrivée d’un train en gare de La Ciotat, which was made by the Lumière brothers, showed a train arriving at the station of La Ciotat, a small city in the south of France. The short, silent movie (50 seconds) featured a close-up shot of a steam train pulling into the station. Moving pictures were still a new phenomenon at the time, and rumour has it that the audience were so terrified on seeing the approaching train that they screamed and fled to the back of the room!

On the opposite side of the spectrum, is the vertical train in The 5th Element.

The movie is set in the 23rd century, where a cab driver unwittingly becomes the central figure in the search for a legendary cosmic weapon to keep Evil and Mr. Zorg at bay. In this movie, people drive flying cars, but there are also trains running up and down buildings to transport people.

Top image from the movie: The Fifth Element (1997); Flying cars

Bottom image from the movie: The Fifth Element (1997); Train

Harry Potter and the Hogwarts Express

The Olton Hall locomotive riding on the Great Western Railway is most famously known as the Hogwarts Express, because it was used in the multiple Harry Potter movies. Its first appearance was in the movie “Harry Potter and the Sorcerers Stone”, where Harry Potter and Ron Weasley got onto the train at the fictional platform 9 3/4, located at Kings Cross Station in London.

Image from the movie: Harry Potter and the Chamber of Secrets (2002)

In The Tourist, Elise Clifton-Ward (played by Angelina Jolie) boards the train, where she meets Frank Tupelo (Johnny Depp). In this movie, the train travels through Tuscany to Venice. For these scenes, the train Frecciarossa was used. This is a high-speed Italian train, previously known as theEurostar Italia. Elise boards the train at Gare de Lyon, while both of them leave at the Venezia Santa Lucia railway station.

Movies with trains or stations

Are there any other movies that feature trains prominently?

For this week’s Worldmap assignment, we will focus on local railway networks, special systems and structures and film scenes.

Cities can now be added
Where the map so far only showed the cities of active users, everyone now can add locations themselves and thereby indicate places of interest. This way, local tram, metro and monorail systems can be added, as can special civil railway constructions (like bridges) and railway-related movie scenes.

Good to know
– Use the city dropdown feature on the right to select or add a city.
– The main city button has to be set to active to see the cities per category.
– If you do not see a newly added city or image after uploading, please refresh your browser.
– You can only upload one image per city in each category.
– If a city does not have a banner image yet, feel free to use the plus-icon to upload a catchy photo.

Week 6 questions will not appear, this week’s assignment is to add information using the new city feature.
Please click on the screenshot below to access the World Map. You can add information related to the three mentioned categories; local railway network, special railway system or structure and one (or more) filming location. The city dropdown enables you to find existing cities or add new cities and upload imagery and details from any location in the world!

Below the image-link to the Worldmap, you will find the Mark as Complete button, to indicate that you participated in this week’s world map assignment. We appreciate your contributions over the past weeks and hope you enjoyed the insightful images and information added by your fellow participants. 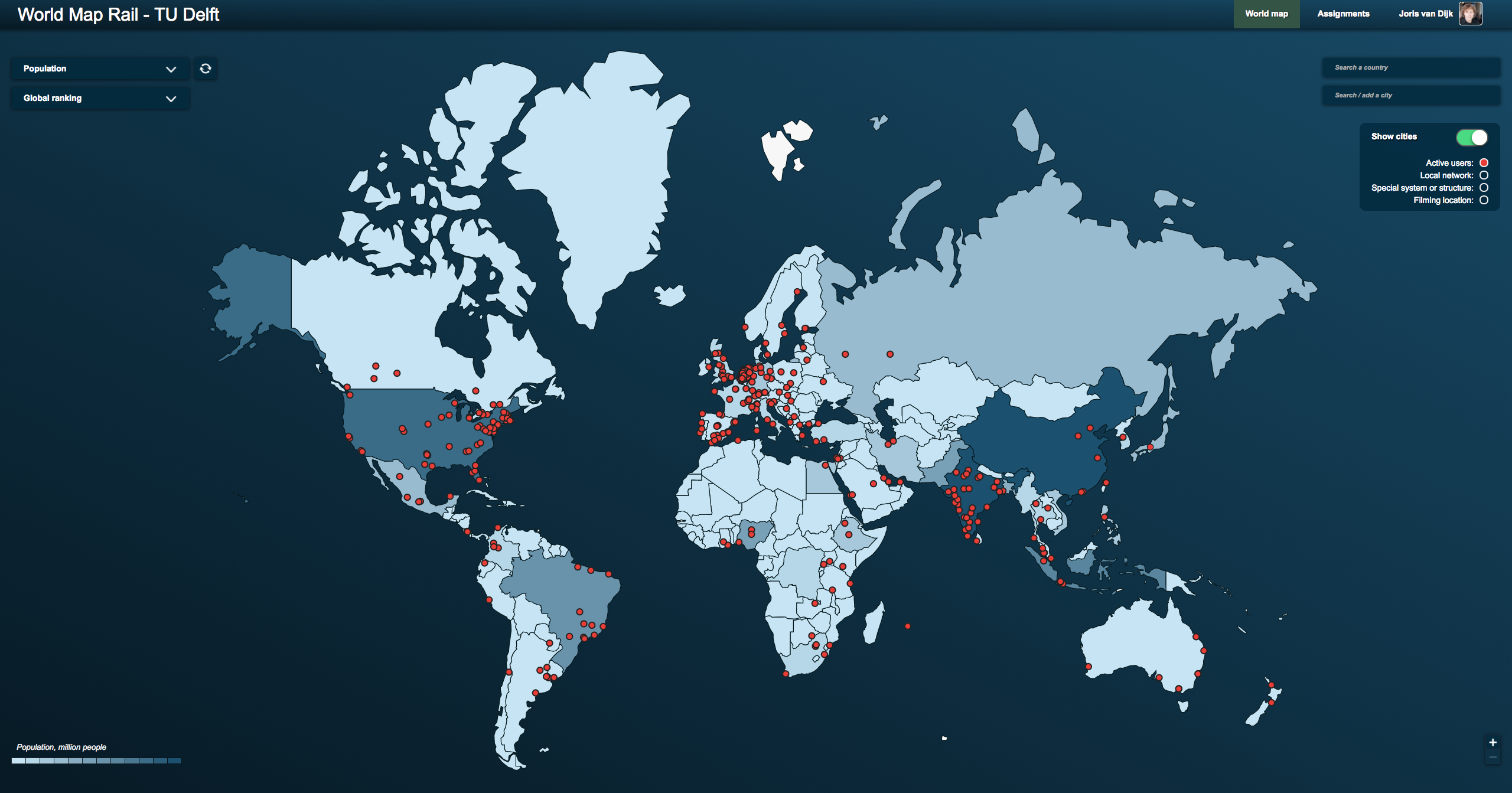