Anca Hanea is a senior researcher based at the Centre of Excellence for Biosecurity Risk Analysis (CEBRA) at the University of Melbourne. Anca Hanea is an applied mathematician, who has worked in universities and research institutes for 10 years (after defending her PhD) in the area of probabilistic modelling. Roughly half of her time is dedicated to teaching and student supervision and the other half to research.

The uncertainty quantification process (using data or structured expert judgement) is an integral part of (probabilistic) modelling. Anca’s urge to perform this task rigorously comes from her passion for modelling and her training as a mathematician. Anca started her career as a probabilistic modeller during her PhD research where she developed a new approach for a particular type of dependence modelling, namely probabilistic graphical modelling, and even more specifically Non Parametric Bayesian Networks (NPBNs).

Anca was instrumental in building a COST European network for Structured Expert Judgment (SEJ) elicitation and aggregation, and related standards for the European Food Safety Authority (EFSA). Together with colleagues from University of Melbourne, she has developed, tested and co-authored guidelines for the IDEA protocol for SEJ. She has taken part and facilitated numerous expert elicitations in various projects undertaken by WHO, EFSA, and European Framework 7 Programme, DARPA, Cawthron Institute and many universities around the world. 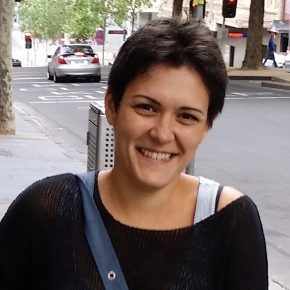