Barbara Terhal is a professor at the EEMCS Department at Delft University of Technology and a staff member at QuTech since 2017. She has a long-standing interest and track-record in quantum error correction and fault-tolerance. She views a scalable implementation of quantum error correction as one of the great challenges in physics today. The fact that this challenge can be viewed both as a question of ‘mere engineering’ as well as a question about the fundamental viability of macroscopic quantum information, is precisely what makes it fascinating and thus its resolution ground-breaking.

In 2010 she left IBM to become professor in theoretical physics at RWTH Aachen University, supplemented by a position at FZ Juelich from 2015 until the present. She has been a fellow of the American Physical Society since 2007 and a distinguished visiting research chair at the Perimeter Institute since 2014. 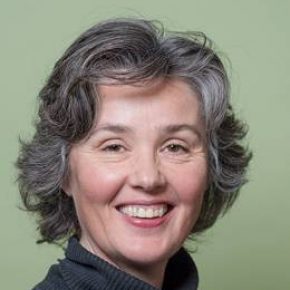