Geert Leus was born in Leuven, Belgium, in 1973. He received the MSc degree in Electrical Engineering and the PhD degree in Applied Sciences from the Katholieke Universiteit Leuven (KUL), Belgium, in June 1996 and May 2000, respectively. He was a Research Assistant and a Postdoctoral Fellow at the KUL from October 1996 till September 2003. During the summer of 1998, he visited Stanford University (with Prof A. Paulraj), and from March 2001 till May 2002, he was a Visiting Researcher (with Prof. G. Giannakis) and Lecturer at the University of Minnesota. Currently, he is a Full Professor at the Faculty of Electrical Engineering, Mathematics and Computer Science of the Delft University of Technology (TU Delft), The Netherlands.

His research interests lie in the broad area of signal processing for communications and networking. Recently, he has been working on distributed signal processing for self organizing wireless networks, with applications in cognitive radio and sensor networks. The topics he addresses include energy efficiency, spectrum sensing, spectrum utilization and information processing.

His research interest comprises the development of cost-effective technologies for (waste)water treatment, recovering resources such as water, nutrients, biogas, elements from waste streams. Research projects are focused on closing water cycles in industries and sewage water recovery for irrigated agriculture. He promoted 11 and co-promoted 5 PhD students and is supervising 15 PhD students at this moment.

From 1988 – 2008 he was working at Wageningen University, where he obtained an appointment as part time professor in Anaerobic Treatment Technology in 2005. In the period 1997 –2005 he also was director of the Lettinga Associates Foundation (LeAF). LeAF is a not-for profit organization that stimulates the application of appropriate environmental technologies for environmental protection and resource conservation, with anaerobic treatment as the core technology. At present he is Executive Board Member and Scientific Advisor to the LeAF Foundation.

Jules van Lier chaired the IWA Anaerobic Digestion Specialist group between 2001 and 2009. In 2011 he became nominated member of the IWA Fellow programme. He is associated editor of the scientific journals Water Science Technology and the Scientific World Journal. He is also member of the Paques’ Technological Advisory Board, and member of the Advisory Board of World-Waternet, Amsterdam.  Additionally, he is member of the Program Commission Wastewater Research of the Dutch Water Boards via STOWA foundation. 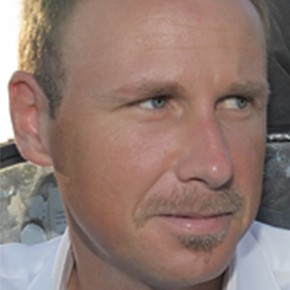