Jet Pagnier studied Cultural Anthropology at the University of Amsterdam. For her Masters thesis she conducted six months of fieldwork research into the aftermath of the 1994 genocide in Rwanda. She studied the role of popular tribunals, called Gacaca, a form of restorative justice that was implemented by the Rwandan government to deal with the hundreds of thousands accused of involvement in the genocide and to serve as a vehicle for national reconciliation. In 2004 she received her Masters degree for her thesis “Gacaca Tribunals. Justice and Reconciliation in Rwanda?”.

After working briefly in international development, Jet made a career switch and moved to London to study acting, taking classes at Central School for Speech and Drama and The Actor’s Temple. Since then she has played several roles in Dutch television and film productions. Her interest in politics is currently manifested in her work researching a well known Dutch anti-apartheid activist for a screenplay.

Combining her passion for acting, teaching, and a deep fascination with human behaviour and communication, she has been working as a trainer and actor for business over the past years, using acting and theatre tools to help people learn and create insight into behaviour, communication, and organisational issues and culture. She has worked all across the corporate world, as well as for governmental institutions and politicians. 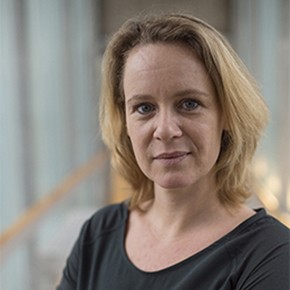