Kofi Makinwa holds degrees from Obafemi Awolowo University, Ile-Ife (B.Sc., M.Sc.), Philips International Institute, Eindhoven (M.E.E.), and Delft University of Technology, Delft (Ph.D.). From 1989 to 1999, he was a research scientist at Philips Research Laboratories, where he designed sensor systems for interactive displays, and analog front-ends for optical and magnetic recording systems. In 1999 he joined Delft University of Technology, where he is currently an Antoni van Leeuwenhoek Professor of the Faculty of Electrical Engineering, Mathematics and Computer Engineering and Chair of the Electronic Instrumentation Laboratory.

For his Ph.D. research, Dr. Makinwa was awarded the title of ‘Simon Stevin Gezel’ by the Dutch Technology Foundation (STW). In 2005, he received a VENI grant from the Dutch Scientific Foundation (NWO). He is a co-recipient of several best paper awards: from the JSSC (2), ISSCC (4), ESSCIRC (2) and Transducers (1). He is an IEEE Fellow, an alumnus of the Young Academy of the Royal Netherlands Academy of Arts and Sciences (KNAW) and an elected member of the AdCom of the IEEE Solid-State Circuits Society. 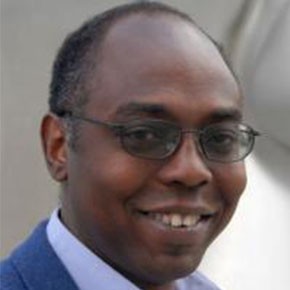