Kaikai Pan is a PhD researcher on Intelligent Electrical Power Grids at the Department of Electrical Sustainable Energy, Delft University of Technology. He received the BSc degree (with honor) in information engineering in 2012 and MSc degree (with honor) in electrical engineering in 2015, both from Beihang University, Beijing, China. Currently, he is working towards cyber-secure intelligent power grids or cyber physical systems including vulnerability assessment and anomaly detection, as a doctoral researcher. He was awarded the IEEE Communication Society Travel Grant at the IEEE SmartGridComm conference in Dresden, Germany, in October 2017. He also serves as a reviewer in IEEE Trans. Power Systems, IEEE Trans. Smart Grid, IEEE Trans. Industrial Informatics, among others.

His current research interests include cyber security of intelligent power grids, vulnerability assessment of data attacks, anomaly or attack detection, cyber-physical systems modeling and co-simulation techniques. He works on vulnerability assessment for analyzing power systems under cyber-attacks especially the ones with full or limited system knowledge or attack resources. He also works on developing robust attack detection methods to reveal the intrusions, towards an implementation in a realistic setting and a usage in real-time operation. 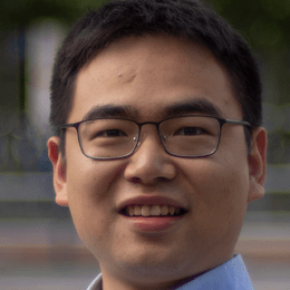