Ramses van der Toorn (Den Haag, The Netherlands, 1967) received his MSc degree in Applied Physics from Delft University of Technology in 1990, and received the 1990 Applied Physics Faculty Student Award for his work on detection of position of rontgenquanta in a wire chamber, in the Radiation Detection & Matter group at the Interfaculty Reactor Institute (IRI). In 1997 he received a PhD degree (cum laude) from Utrecht University based on the thesis “”Geometry, Angular Momentum and the Intrinsic Drift of Oceanic Monopolar Vortices””, which resulted from research done at the Royal Netherlands Institute for Sea Research at the Island of Texel. In 1998 he joined Philips Research (Eindhoven, the Netherlands). At Philips, he followed the 1998/1999 Philips/Eindhoven University training program in Computer Science and Information Technology and was involved in research on advanced software architectures and testing. Late 2000 he joined the Device Modelling and Characterisation group of the Silicon Process Technology sector of Philips Research. In June 2007, he joined the HiTeC group at the Faculty of Electrical Engineering, Mathematics and Computer Science of Delft University. 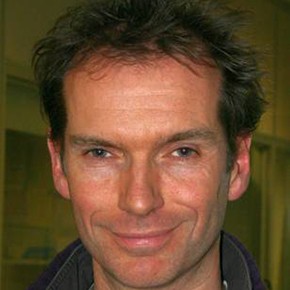