Roger Cooke is the Chauncey Starr Senior Fellow at Resources for Future in Washington and an emeritus professor at TU Delft. He received his bachelor’s degree and PhD from Yale University in mathematics and philosophy. From 1975-2005 he worked in the Netherlands as assistant professor in logic and philosophy of science at the University of Amsterdam, later as professor of Applied Decision Theory in the Department of Mathematics at the Delft University of Technology. In 2005 he moved back to the USA as senior fellow at Resources for the Future. In 2006-08 he supervised the development of non-parametric continuous-discrete Bayesian Belief Nets for the Dutch Ministry of Transport. Subsequent development was under contract with Shell, AIRBUS and the National Institute for Aerospace. In 2008 he was elected fellow of the Society for Risk Analysis.

His short course on Expert Judgment has been given several times at NASA Langley and NASA Headquarters. In 2010 he was named lead author in the 5th assessment of the Intergovernmental Panel on Climate Change for the chapter on Risk and Uncertainty. In 2011 he received the Lifetime Distinguished Achievement Award from the Society for Risk Analysis. He currently works on uncertainty quantification in conceptual design for AIRBUS and on value of information of Earth Observation Missions for NASA Langley. He consults for expert judgment studies on invasive species (NOAA), food borne diseases (WHO) and efficacy of public health measures (Robert Wood Johnson, CDDEP) and nitrogen loading in the Chesapeake bay (EPA). 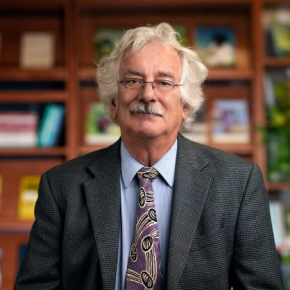