Dap Hartmann is an associate professor of Innovation Management and Entrepreneurship at Delft University of Technology. In his lecture series Turning Technology into Business students analyze the commercial potential of new technologies developed at TU Delft. This has resulted in two dozen new technology-based startup companies. He is the six times recipient of the New Venture award for the best entrepreneurship education in the Netherlands. In 2010 he received the Delft Entrepreneurial Motivator award.

Before joining TU Delft, Dap Hartmann was Visiting Scientist at the Harvard-Smithsonian Center for Astrophysics in Cambridge, MA (1994-1998) and at the University of Bonn and the Max Planck Institut für Radioastronomie in Bonn (1998-2000). He has a PhD in astronomy (Leiden, 1994)

Apart from scientific papers in academic journals, Dap Hartmann frequently publishes about science, technology and innovation in trade journals, magazines and newspapers. He also frequently speaks on these subjects. For Dutch public radio, he made four documentaries on various scientific topics. He has a regular column in the TU Delft newspaper, and he is the author of the Atlas of Galactic Neutral Hydrogen and Kennis in een Notendop. He is co-author of The Cyclic Nature of Innovation and Managing Technology Entrepreneurship and Innovation. He is the editor of De Armen van de Inktvis and Het motorzijspan van Willem Frederik Hermans. Together with conductor and composer Reinbert de Leeuw, he is writing a book on 20th-century classical music. 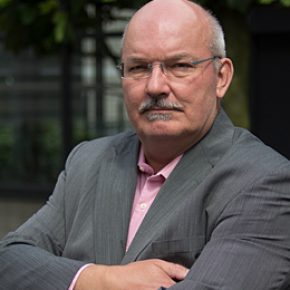