Prof. Savenije was born in the Netherlands and studied at the Delft University of Technology, where he obtained his MSc in Hydrology in 1977. As a young graduate hydrologist, he worked for six years in Mozambique, where he developed a theory on salt intrusion in estuaries and studied the hydrology of international rivers.

From 1985-1990 he worked as an international consultant, mostly in Asia and Africa. He joined academia in 1990 to complete his PhD in 1992. In 1994, he was appointed Professor of Water Resources Management at the IHE (now UNESCO-IHE, Institute for Water Education) in Delft, the Netherlands. Since 1999, he has been Professor of Hydrology at the Delft University of Technology, where he is the head of the Water Resources Section.

He is President of the International Association of Hydrological Sciences and Executive Editor of the journal Hydrology and Earth System Sciences.

Full Professor of Hydrology at the Department of Water Management, Faculty of Civil Engineering and Geosciences, Delft University of Technology 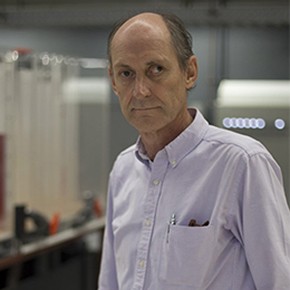