Henk Polinder holds an MSc degree (1992) and a PhD degree (1998) in electrical engineering from Delft University of Technology, the Netherlands. From 1996 to 2003, he was an assistant professor, and since 2003, he has been an associate professor at Delft University of Technology in the field of electrical machines and drives. He worked part-time in industry, at the wind turbine manufacturer Lagerwey in 1998 and 1999, at Philips CFT in 2001 and at ABB Corporate Research in Vasteras in 2008. He was a visiting scholar at the University of Newcastle-upon-Tyne in 2002, at Laval University in Quebec in 2004, at the University of Edinburgh in 2006 and at the University of Itajuba in 2014. He is author and co-author of over 200 papers. His main research interests are design aspects of electrical machines for application in electric mobility and renewable energy. He worked on
– high speed PM generators for hybrid vehicles and total energy units
– high speed fault tolerant machines for aerospace applications
– PM machines for flywheel energy storage in buses
– direct-drive (PM) generators for wind turbines
– linear direct-drive (PM) generators for ocean wave energy conversion
– a linear PM machine with micrometer accuracy for e.g. wafer steppers
– the motor for a CD mastering device with active magnetic bearings. 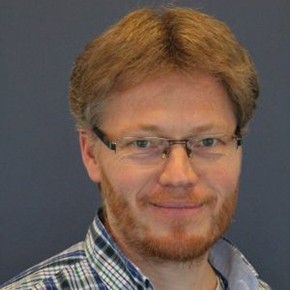