Lóránt Tavasszy is professor in Freight and Logistics, since September 2016 full-time at the Delft University of Technology (TU Delft). He studied Civil Engineering at the TU Delft, with specialisations in transport modelling and freight transport. He held a part time position at Radboud University as professor in Freight Transport and Spatial Development from 2004 and joined the TU Delft again part-time in 2009, combined with a position as Principal Scientist at TNO.

Lóránt completed his PhD thesis in 1996 on a strategic model of freight transport flows within Europe. His research specialization lies in the modelling of linkages between logistics, freight transportation and spatial systems.

While at TNO he developed the classical SMILE model, which was succeeded by a research roadmaps and several projects. He won international awards for research led by him from WCTRS in 1998 and from the US TRB in 2013. 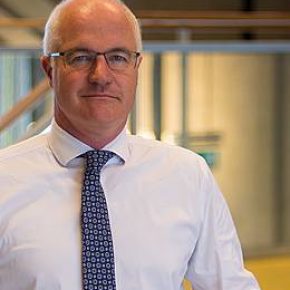