René van Swaaij was born in 1966 in Maastricht, the Netherlands. After finishing his secondary school education in 1985, he went to Utrecht University to study physics. He received his degree in Physics, with a focus on Experimental Physics, in 1990 and soon after started his PhD research at the same university. During his PhD research René worked on amorphous silicon based photoconductors for xerography under the guidance of Prof. Werner van der Weg en Dr. John Bezemer. Following his PhD, René did his national service and subsequently worked from 1995 to 1997 at the University of Surrey, Guildford (UK), in the large-area electronics group of the Department of Electronic and Electrical Engineering. He researched the stability of amorphous-silicon based thin-film diodes for AM-LCD application. This research was carried out in co-operation with Philips Research Laboratories, Redhill (UK), under the guidance of Prof. John Shannon.

In 1997 he joined the group Electronic Components, Technology and Materials (ECTM) of the Delft University of Technology, the Netherlands, which is part of the Delft Institute of Microsystems and Nanoelectronics (DIMES), to work on amorphous-silicon based solar cells. In 2002 René was appointed as Associate Professor within ECTM. Since 1 January 2009 he works in the group Photovoltaic Materials and Devices of the Department of Electrical Sustainable Energy. His research interests mainly lie with the fast deposition of amorphous silicon layers and the physics underlying the operation of amorphous silicon solar cells. He is in charge of several projects in the field of thin-film silicon solar cells and lectures on semiconductor device physics in BSc and MSc courses at the Faculty of Electrical Engineering, Mathematics, and Computer Science. René has authored and co-authored more than 80 journal and conference papers. 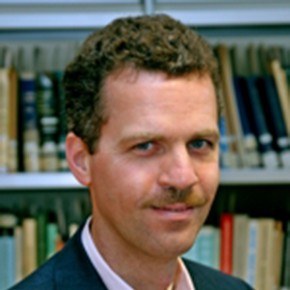