My research interests are quite broad and most of the time interdisciplinary. The common thread to most projects is that I like to investigate new techniques and methods to better understand the subsurface composition and architecture of reservoirs. Quite often I use research boreholes for this purpose, as can be seen from my publication record. Linking core, well log and seismic data is often the preferred way to achieve this, and with each one of these data sets new measurement or computational techniques can be tried, often in combination with each other. Including dynamic data such as fluid pressures and flow rates is often very valuable as well, as these data can provide signals quite far away from boreholes. It is thus obvious that I often work with geophysicists and reservoir engineers, and I have always found these collaborations very rewarding. As my original background is in sedimentology I still have one major activity in the field of sediment-laden subaqueous gravity currents, notably turbidity currents. The main focus here lies on the understanding of the behaviour of these currents on complex topographies such as strongly faulted continental margins or minbasins induced by salt tectonics. As of now I have supervised 17 PhD students and more than 50 MSc students, published over 50 peer-reviewed papers and written one book. 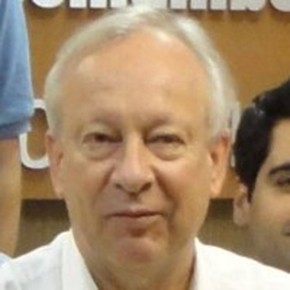